The Government of India under the Finance Act, 2018 introduced a cess namely ‘Road and Infrastructure Cess’ under section 109 and 110 of the Finance Act, 2018 to be collected and levied on specified imported goods and on excisable goods as specified in the Sixth schedule of the said Act. The said goods are motor spirit commonly known as petrol and high-speed diesel oil. The rate specified under this schedule is Rs 8 per litre.
History and Reason for its Introduction:

The comparative table is drawn below for finding the impact of the amended CRFA. 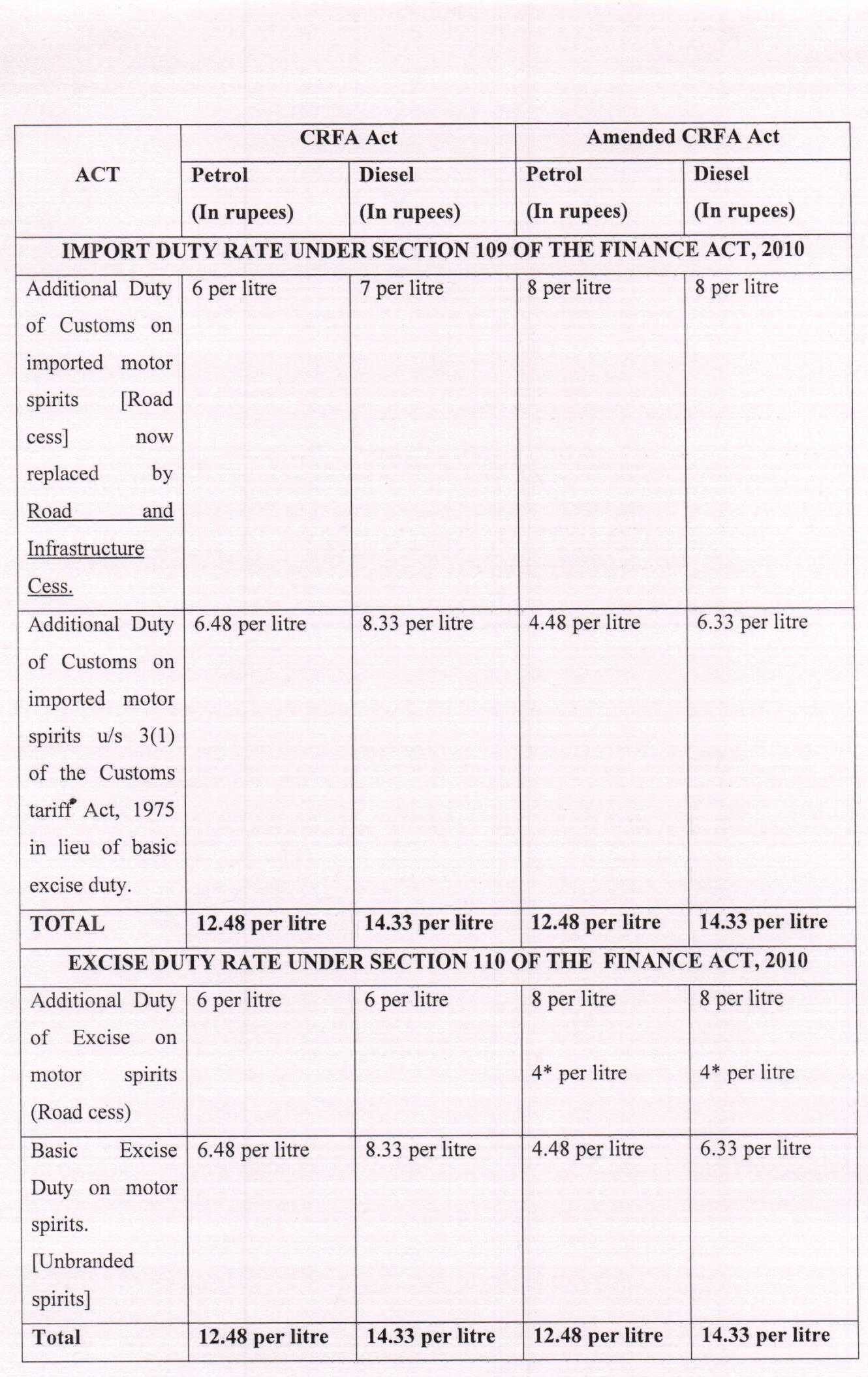 *With respect to Road and Infrastructure Cess @ 4 rupees per litre and the rate shall be effectively reduced.

Further, no Road and Infrastructure Cess are leviable on the following commodities where appropriate Excise duties & GST have been paid on the blending of such commodities:

In view of the above table and exemption, effectively there would be no additional burden of Road and Infrastructure Cess on the end users.

The above is for your information and updatation.